To share your memory on the wall of William Walters, sign in using one of the following options:

Mr. Walters worked for the Department of Defense for 40 years. Most recently he was a volunteer with the Howard County Fair in the Fine Arts Building. He was also co-chair for the Photography Dept., as Photography was a second love of his. Mr. Walters was an original troop member of Boy Scout Troop 874 of Glen Mar United Methodist Church. During his time as a Scout, he was part of the Order of the Scout, where he did many things including being a Chapter Advisor. He also earned the Scouting Founders AwRd

There are no events scheduled. You can still show your support by sending flowers directly to the family, or planting a memorial tree in memory of William Lee Walters.
Plant a Tree

We encourage you to share your most beloved memories of William here, so that the family and other loved ones can always see it. You can upload cherished photographs, or share your favorite stories, and can even comment on those shared by others.

Posted Feb 22, 2020 at 11:35am
A good and gentle man, a good Friend and fellow Leader in Troop 874, and a devoted Husband and Family Man. To Anne and Family. With deepest sympathy and prayers for God’s comfort and peace ... George Baker
Comment Share
Share via:
A

Posted Feb 07, 2020 at 11:28am
I will always remember Bill with a big smile on his face! Probably the happiest and most positive person I've ever known. This was a picture I took when he came to the office to give me a ride to the airport; dressed in his best Tuxedo T-shirt for his chauffering side job. Forever making others smile!
He will be sorely missed in our State Farm office!
Steph. 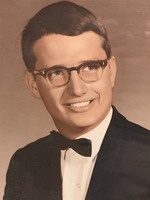