To share your memory on the wall of Virginia Peddicord, sign in using one of the following options:

Provide comfort for the family of Virginia Peddicord with a meaningful gesture of sympathy.

The cause of death was complications due to a recent hip fracture.... Read More
Virginia Lee Baldwin Peddicord, a legal secretary, community leader and church volunteer,
died May 19, 2020 at Arden Courts Memory Center in Pikesville. She was 97.

The cause of death was complications due to a recent hip fracture.

Born on July 6, 1922 in Elkridge, she was the daughter of William Vogts Baldwin, an
electrician, and Virginia Laynor, a homemaker. Her grandfather, George Laynor, operated a
General Store in Elkridge and her other grandfather, Thomas ‘Doc” Baldwin, was the mayor of
Laurel, Md. and editor of the Laurel Leader newspaper.

She grew up in Elkridge and was a graduate of Elkridge High School. Her first job at an
Elkridge auto dealership involved driving to Baltimore to help pick up cars for dealership. She
had no driver’s license, but managed to ferry the cars safely to the dealership. She worked
during the war years for Westinghouse and was very proud of donating over one gallon of
blood during WWII. Another of her early jobs was with Judge James A. Clark, Sr., a Circuit
Court Judge in Howard County. Subsequently she worked for over 40 years as a legal secretary
in the law practice of Charles E. Hogg and later his nephew, Richard Kinlein, on Lawyers Row
in Ellicott City. She presided over many of the land settlements for property transfers
initiated by the Howard Research and Development Corp, which built the city of Columbia.

At one time she was president of the Howard County Parent Teachers Association, chaired for
twenty years the Salvation Army of Howard County and volunteered with the Red Cross and
Howard County Heart Association. In the 1950s, she was among 10 women nominated in a
contest to be named Howard County’s most influential woman and appeared on a local
television show, Beat the Clock, in Baltimore. She lost to Beatrice Pfefferkorn, a family
friend.

After retirement in her 60s, she volunteered for several years as a lay leader for the
Methodist church in Nome, Alaska. At age 70, she won a 50-yard dash in the town’s famed
Iditarod Festival, and later returned home with her favorite sled dog, Lovee, her companion
for ten years.

She was a long time member of the Branch and Twig Garden Club in Howard County and a long
time communicant of Emory Methodist Church in Ellicott City, where she served as its first
female Trustee and treasurer.

She is survived by a daughter, Cynthia P. Lehmann, of Washington, D.C. and a son, Ross
DeVries Peddicord, of Reisterstown.

Her marriage to Howard Norwood Peddicord ended in divorce.

A memorial service will be held later this year.

In lieu of flowers, contributions to the Salvation Army would be greatly appreciated (www.salvationarmyusa.org)
Read Less

To plant a memorial tree in honor of Virginia B. Peddicord (Baldwin), please visit our Heartfelt Sympathies Store.

Receive notifications about information and event scheduling for Virginia

Print
Due to current pandemic restrictions, A Celebration of Ms. Peddicord's life is being planned for a later date.

We encourage you to share your most beloved memories of Virginia here, so that the family and other loved ones can always see it. You can upload cherished photographs, or share your favorite stories, and can even comment on those shared by others.

Posted May 28, 2020 at 10:35pm
What a lovely person was Virginia with such an interesting story. She spent several hours showing me all of her memorabilia from her time in Alaska and sharing wonderful stories. My condolences to Cindy, Ross and her entire family. She is remembered fondly. 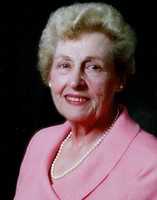