To share your memory on the wall of Keith Holmes, sign in using one of the following options:

Print
On November 17, 2020, Keith Lorenzo Holmes, 59, passed away of natural causes in Columbia, MD, his hometown.

Keith lived a full and joyful life centered on his extended family and wide circle of friends and colleagues. He was an avid ... Read More
On November 17, 2020, Keith Lorenzo Holmes, 59, passed away of natural causes in Columbia, MD, his hometown.

Keith lived a full and joyful life centered on his extended family and wide circle of friends and colleagues. He was an avid Washington Redskins fan, car enthusiast, and a lover of music, art, and poetry. He enjoyed photography and writing for his artistic expression.

Keith was a radio broadcast technician at Voice of America with a career that spanned more than two decades with colleagues that he considered his second family. Early in his adult life, he served in the U.S. Army, where he concluded his career at the rank of Captain. Keith is a graduate of Bowie State University, where he became a member of Omega Psi Phi Fraternity, a treasured union of brothers.

Mr. Holmes is the son of Jean Weaver Holmes and the late Allen E. Holmes, Sr. He is survived by his mother and siblings: Allen E. Holmes, Jr., Rhonda-Cheree Johnson, Barbara Holmes, Angela Ingram and Kathryn Holmes Johnson; in addition to brothers-in-law, Gary Johnson, Edward Johnson and David Ingram; and sister-in-law, Toni Holmes. A beloved uncle, he is also survived by several nieces, nephews, and other relatives.

Services and interment will be held privately for the family. A Celebration of Life will be held on a date in 2021. Those who would like to be informed of the occasion once it has been planned are asked to email CelebrationforKeith@gmail.com. In lieu of flowers and other expressions, the family has requested donations be made to The Omega Life Membership Foundation (olmf.org) and/or Black Lives Matter (https://secure.actblue.com/donate/ms_blm_homepage_2019)
Read Less

Receive notifications about information and event scheduling for Keith

We encourage you to share your most beloved memories of Keith here, so that the family and other loved ones can always see it. You can upload cherished photographs, or share your favorite stories, and can even comment on those shared by others.

Posted Nov 24, 2020 at 09:32pm
We are standing with you, Kathryn and family, during this difficult time. Sending many prayers of strength. Rebecca, Nicole, Christine and An.

5 trees were planted in the memory of Keith Holmes

Posted Nov 24, 2020 at 10:02pm
Our thoughts and prayers are with the Holmes Family and his loved ones. Keith was a great neighbor who will always be in our hearts.

Posted Nov 22, 2020 at 02:06pm
While I didn't know Keith, I know his sister Kathryn well. She often spoke of him fondly as a big teddy bear who was well-known and well-liked. My deepest condolences to the family. I hope that you find comfort in your many memories.

Thank you so much for your thoughtful posting , Kathy and for the blessing of your friendship. -khj
RM

Thank you, Robert. Blessings to you and your family this holiday season. Treasure each moment... 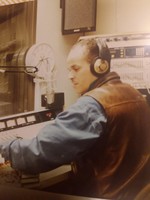 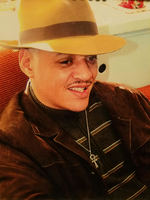 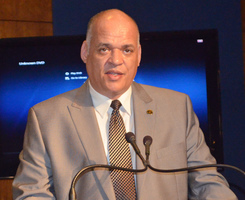