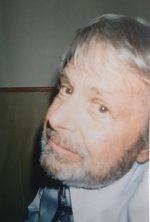 On Saturday, January 25, 2020, Jerome “Jerry” Feldstein, loving father and faithful friend, passed away peacefully at the age of 72.

Jerry was the first child born to the late Doris and Ben Feldstein of East Baltimore. When the Feldstein family relocated to Forest Park in his early years, the bright and inquisitive Jerry began to develop his talents in mathematics and science. He proudly graduated from Poly (Baltimore Polytechnic Institute) in 1966 and then from Johns Hopkins, where he completed his education to become an electrical engineer and later added a master’s in computer science.

Jerry was a lifelong problem-solver and creative thinker; he found his career as an engineer at Westinghouse (later acquired by Northrop-Grumman) supremely gratifying. Although the progression of his multiple sclerosis forced him into an early retirement nearly thirty years ago, he never ceased identifying himself with his work at his “dream job.” Westinghouse was also the place where he met Cindy, the love of his life and the mother of his four children. Her untimely death (due to an accident in 2011) cut short a marriage spanning more than thirty-four years, leaving Jerry utterly devastated with grief.

Jerry cultivated eclectic and wide-ranging tastes in music, books and media. When friends and family came to visit, they would often be treated to the sounds of prog rock emanating from Jerry’s pride and joy, a stereo system comprising components he curated and configured himself over the decades. His bookshelves were filled with science fiction novels; Frank Herbert’s “Dune” chronicles held prominence, but works of Heinlein and Asimov were also among his favorites. He instilled a geeky reverence for an ever-expanding repository of fun facts and fascinating pieces of culture,
from the original “Twilight Zone,” to National Public Radio, to the marvels of Bach organ music.

Jerry possessed a sincere interest in every person fortunate enough to cross his path; he was regarded as a great listener and patient parent. He never lost his sense of wonder, and was captivated by big ideas (for instance, the laws of physics), and charmed by the antics of animals and children. He was witty, he was kind, he was brave. He will be so sorely missed.

Jerry is survived by his four children, Stacy (Les), Diana (BJ), David (Meghan) and Emily, beloved grandchildren Will and Clara, and brother Joe.

Memorial services for Jerry Feldstein will be held at 11:00 on Saturday, February 1, 2020 at St. Paul Lutheran Church in Catonsville (2001 Old Frederick Road).