To share your memory on the wall of Grace Adinolfi, sign in using one of the following options:

Provide comfort for the family of Grace Adinolfi with a meaningful gesture of sympathy.

In 1962, she moved with her family to Huntsville, AL due to her husband’s work and became involved in the community. She worked as a Receptionist at a local school, joined Holy Spirit Roman Catholic Church parish and was involved in the garden club and Italian cultural organizations.

In 1969, she moved again with her family to Columbia, MD. She joined St John the Evangelist Roman Catholic Church and quickly established roots. Among her various other activities, she was a Past President of the Longfellow Garden Club, one of the founding members of the Howard County Order of Sons of Italy in America Lodge 2364 and a member of the Circulo Italiano Baltimore promoting the contributions of Italian-Americans.

A dedicated homemaker and mother, she returned to work after her oldest child was in high school. Her goal in working was to help pay for her college tuition and worked alongside her daughter as a Dental Receptionist while her daughter pursued a degree in Dental Hygiene.

In the early 1970s, her husband became acquainted with a local Howard County entrepreneur, Frank Lancelotta, Sr., who was searching for someone to modify an old single-family home in Ellicott City into a devotional center dedicated to the Virgin Mary. With Grace’s support of her husband, the new establishment was named Our Lady’s Center. The renovation was completed however, as the popularity of Our Lady’s Center grew it became necessary to relocate and expand the worship center. In 1985, Philip with Grace at his side, designed and oversaw the construction of the second Our Lady’s Center.

Mrs. Adinolfi resided in Springfield, VA with her husband Philip until his passing. She continued her life, making many friends at Greenspring Retirement Community and worshiped the Lord at the services held at Greenspring.

She was the mother of Deborah Louisa Upchurch of Alexandria, VA and Commander Gregory Adinolfi USN (Ret) of Westminster, MD. She was the grandparent of Hannah Elizabeth Upchurch and Isabella Catherine Adinolfi and In-law to Jeffrey L. Upchurch and Christine M. Bric Adinolfi.

Mrs. Adinolfi can be honored through contributions to support one of Greenspring’s charitable missions. These gifts may be designated to the Greenspring Benevolent Care Fund, Scholars’ Fund, or other projects here at Greenspring. Checks should be made payable to “Greenspring Village Inc.” and mailed to Philanthropy Office, 7410 Spring Village Drive, Springfield, VA, 22150. Please indicate in the memo section of the check in whose memory the donation is being made.
Read Less

We encourage you to share your most beloved memories of Grace here, so that the family and other loved ones can always see it. You can upload cherished photographs, or share your favorite stories, and can even comment on those shared by others.

John and Yvonne Upchurch and Family

Posted May 09, 2019 at 12:05pm
Dearest Debbie, Jeff and Hannah, Our deepest sympathies for your loss. We pray that this tree grows strong and true, as your mother did in her faith. What a gift that she gave her family.
Much Love from all of us. 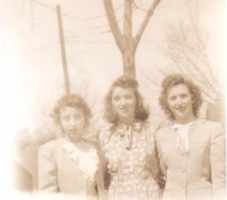 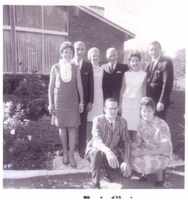 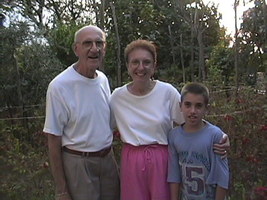