To share your memory on the wall of Gerhardt Kraske, sign in using one of the following options:

Provide comfort for the family of Gerhardt Kraske with a meaningful gesture of sympathy.

Gary was born June 14, 1938 in Grand Falls, Newfoundland, the youngest child of Willhelm Gustav Herman Kraske (WWI veteran in France) and Clara (Schroeder) Kraske. He was the last of a total of 8 children, all brothers except one sister; one brother pre-deceased Gary’s birth.

Due to his father’s paper-mill supervisory position, the family was frequently moving to help run different plants. Ultimately Gary moved several times between Lyon’s Falls, NY and Rumford, ME, the latter of which became his parents’ permanent home. Gary graduated from Stephens High School in 1956; he frequently enjoyed reunions in his latter years with other graduates there. Gary then graduated from University of Maine (Orono) with an Engineering Science degree in 1961. Immediately, he secured a career at Westinghouse in Baltimore, MD as an electrical engineer.

In 1966 he asked a pretty blonde woman to dance at the Cromwell Bridge Holiday Inn. In September 1966 he married Barbara Ann Manger. Along with son Wolfgang and daughter Barbara, they had another daughter Kristin in 1969.

Fortunately for Gary and Barbara they had much in common concerning the wonderful U.S. military, U.S. history to include patriotic events, monuments, trails, documentaries, well-documented books. Their darling daughter Barbie loved to share how many anniversaries they would spend at battlefields or historical parks.

With such love of U.S. history, they became active members of the Mt. Vernon Ladies Association, financed only by private donors such as themselves. Through the years the MVLA repaired, reconstructed, landscaped George Washington’s home as needed. In 2003 Gary and Barb discovered the MVLA’s mission to construct 2 museums that would be constructed underneath the grounds of Mt. Vernon. They continued heavy support and attended many seminars and conferences at Mt. Vernon.

At home, Gary was highly involved in the children’s youth activities, including Howard County Youth Program football/cheerleading, as well as boosting for the Liberty Belles Drum & Baton Corps, of which eldest daughter Barbie was the lead majorette for many years. Family activities often included hiking and sight-seeing as well as bicycling and swimming at the family pool, along with many board games.

At work Gary became a leader, rising to Advisory Engineer, the highest technical rank in Westinghouse (later Northrop Grumman). Prominent programs included radar system design on the B-1B bomber, the ATS Satellite, the F-16 fighter jet, and for the E-3 AWACS surveillance system. His and his wife’s favorite was the B-1B, one of which in fact Barbara was invited to sit in during a business trip with him.

Gary had great interest in anything to do with railroads. He collected several gauges of model trains over the decades, numerous railroad books, helped to paint the President Washington during its restoration by the B&O Museum, of which he was a long-time member, and contributed heavily in his latter years to the Wiscasset, Waterville & Farmington Railway, a narrow-gauge railroad in his home state of Maine.

Additionally, Gary was proficient at building projects. His crowning glory is the additional room built onto the back of the family’s house in 1973. He also built the archways seen by the staircase, and his last large project was opening up a wall between the living and family rooms.

We encourage you to share your most beloved memories of Gerhardt here, so that the family and other loved ones can always see it. You can upload cherished photographs, or share your favorite stories, and can even comment on those shared by others.

Posted Dec 09, 2019 at 08:44am
Philip and Betty Brown
May God's peace, and the comfort of friends and family see you through this difficult time. With deepest sympathy.
Comment Share
Share via:
KW

Posted Dec 05, 2019 at 05:34pm
Thinking of you all during this time. Our deepest condolences,
Carmen, Erin, Ben and Luke Pezzone 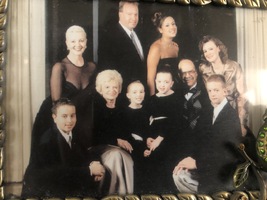