To share your memory on the wall of Dorothy Kinsler, sign in using one of the following options:

Receive notifications about information and event scheduling for Dorothy

We encourage you to share your most beloved memories of Dorothy here, so that the family and other loved ones can always see it. You can upload cherished photographs, or share your favorite stories, and can even comment on those shared by others.

Posted Apr 12, 2020 at 02:48pm
A beautiful lady and a true sister in the Lord. May the Lord give you comfort.
Philippians 4:7 English Standard Version (ESV)
7 And the peace of God, which surpasses all understanding, will guard your hearts and your minds in Christ Jesus. Phil y Mariela Legal
Comment Share
Share via:
RE

Rosalie and Ed purchased flowers for the family of Dorothy Kinsler.

Posted Dec 07, 2019 at 02:08pm
Grandma Kinsler was probably one of the sweetest ladies ever. My son, Tim Kinsler’s, grandmother. She always sent birthday and Christmas cards. Hugs to you all. I know she will be missed.
Comment Share
Share via:
WW 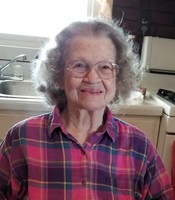