To share your memory on the wall of Donald Umberger, sign in using one of the following options:

Provide comfort for the family of Donald Umberger with a meaningful gesture of sympathy.

Born in the Town of Rural Retreat, Virginia on November 8, 1940 to Perry Umberger and Elsie V “Sis” Gordon, he lost his long, courageous battle with cancer.

Donald served in the Air Force and retired from the US Government.

He made sure his sons achieved the rank of Eagle Scout by being a Scoutmaster within the Boy Scouts of America. A longtime hobby of his was genealogy where he traced his surname (and maiden names) to fulfill as many branches of the family tree as he could. And since he was a retired computer programmer, many children who could not afford a computer got one rebuilt by him through the Lazarus Foundation where he was a volunteer for many years.

He is preceded by his late wife, Christiane Umberger. He is survived by his two sons, Norman along with his wife Terrie and Kevin Umberger and his grandchildren Tenisha Davis, Darien Umberger, Jessica Naylor, Travis Naylor and Harley Naylor. He is also survived by his long time friend Ellen Shatzer.

In lieu of flowers, the family asks for donations to the cemetery fund of St. Paul’s Lutheran Church in Fulton, Maryland.

A funeral service will be held on Wednesday, October 16 at St. Paul’s Lutheran Church in Fulton, Maryland at 1 pm followed by a burial in the church’s cemetery.
Read Less

We encourage you to share your most beloved memories of Donald here, so that the family and other loved ones can always see it. You can upload cherished photographs, or share your favorite stories, and can even comment on those shared by others. 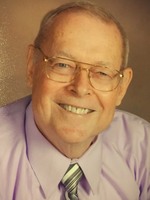