To share your memory on the wall of Donald Spindler, sign in using one of the following options:

Don served two years in the United States Army, Third Division, Eighth Engineers and was stationed in Germany where he was responsible for operating heavy equipment used to build roads. He was honorably discharged with the rank of E4 in 1960.

While in Europe, he and Glenna traveled to several cities in Germany, to Austria and to Rome, Italy.

Upon his return to civilian life, Don spent many years as a professional truck driver. In 1978 he started Don’s Paving & Hauling which he and Glenna operated for more than 30 years. After ceasing the paving operations, they continued to provide equipment repair and truck mechanic services. They also purchased used construction equipment at auction which was then repaired, refurbished and resold.

Funeral arrangements at Slacks Funeral Home in Ellicott City include visitation on Sunday, November 8, 2020 from 1-4pm. A private service will be held November 9, 2020 followed by interment at Crest Lawn Memorial Gardens in Marriottsvillle. Facial covering must be worn when inside the funeral home.

In lieu of flowers, a memorial donation to St. Jude’s Children’s Hospital or Wounded Warriors is suggested.
Read Less

Receive notifications about information and event scheduling for Donald

Print
Services for Mr. Spindler will be held privately

We encourage you to share your most beloved memories of Donald here, so that the family and other loved ones can always see it. You can upload cherished photographs, or share your favorite stories, and can even comment on those shared by others.

Plant a Tree in Memory of Donald
Plant a tree 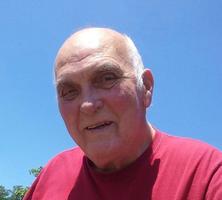