To share your memory on the wall of David Leach, sign in using one of the following options:

David was a world traveler and entrepreneur. After attending Oakland Mills High School in Columbia, Maryland and UMBC, David migrated first to Alaska and then to South Korea and Japan where he sought experiences in a series of jobs including salmon fishing, the fast food industry and teaching English as a Second Language. Using what he had learned on his travels David wrote short stories, essays and a novel, before becoming a publisher. He worked with various individuals to develop markets for their work, and was particularly focused on securing translators for Chinese authors to bring their works to the American and European markets. He also rescued nearly forgotten works of pulp fiction from the 1920’s, bringing those back to the marketplace.

In recent years as the small publishing marketplace became increasingly challenging, he developed significant computer and IT skills, and worked as a consultant in data analysis and website design. He continued his interest in travel, most recently to Egypt.

David was a very kind and caring person throughout his life. As friends of his in Canton have reported, David was fond of Karaoke, especially when performing Irish Rebel songs. He was very concerned about those less fortunate, and was known to various denizens of his neighborhood as “the snack guy” for keeping a local food pantry supplied with foods that were easy for homeless individuals to use.

David’s ashes will be interred in a family plot in Methuen Massachusetts. A memorial service in celebration of his life will be scheduled in the near future. His family suggests that in lieu of flowers please support the Helping Up Mission, the Salvation Army or other agencies working to fight hunger in Baltimore.
Read Less

Receive notifications about information and event scheduling for David

There are no events scheduled. You can still show your support by sending flowers directly to the family, or planting a memorial tree in memory of David Louis Leach.
Plant a Tree

We encourage you to share your most beloved memories of David here, so that the family and other loved ones can always see it. You can upload cherished photographs, or share your favorite stories, and can even comment on those shared by others. 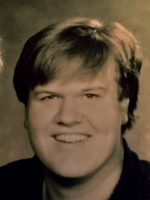