To share your memory on the wall of Charles Farson, sign in using one of the following options:

Print
Charles "Chuck" H. Farson, II, manager of Dunnrite Casual Furniture, and resident of Finksburg, Maryland, died after a short illness on November 16, 2019, at the age of 53.

Chuck, beloved husband of Stacy L. Farson, loving father of Kyle C. Farson and step father of Christopher Colvin, cherished son of Theresa and the late Charles Farson, brother of Nicole Smith and her husband Frederick, son in law of Ronald and Carol Kelly, nephew of Gail and Charles Tiderman, and Uncle of Brandon Smith and Cierra Kelly-Smith, was born in Danville, Virginia, on August 2, 1966.

Moving to Columbia, Maryland, in 1972, he attended Swansfield Elementary, Harpers Choice Middle, and graduated from Wilde Lake High School in 1984. In 1988, he graduated cum laude from Elon College, Elon, North Carolina. Chuck was a sports enthusiast who enjoyed playing, watching, and talking sports. His true joy was coaching his son's little league basketball teams and later watching his son coach JV high school soccer. One of Chuck's greatest loves was spending yearly vacations with his family on the Outer Banks, where he enjoyed sun rises and Salt Life. Chuck never met a stranger and to know him was to love him.

Receive notifications about information and event scheduling for Charles

We encourage you to share your most beloved memories of Charles here, so that the family and other loved ones can always see it. You can upload cherished photographs, or share your favorite stories, and can even comment on those shared by others.

Posted Nov 22, 2019 at 10:48am
T, I wish you and your family sweet, sweet memories and peace. Thinking of you always ... Nancy Dickson
Comment Share
Share via:
KD

Posted Nov 20, 2019 at 10:52am
Our thoughts are with the Farson Family. Chuck had a rare and unique combination of charm and charisma. He will be dearly missed. With warm regards.

Kevin, Chiang, Linda from DWL purchased flowers for the family of Charles Farson.

Posted Nov 20, 2019 at 10:02am
Dear Theresa and family, so sorry to hear about your son. Please know you and your family are in my prayers. Dawn Trakney
Comment Share
Share via:
HP

Posted Nov 20, 2019 at 06:39am
We want to extend our condolences and plant a tree in memory of Chuck. May God comfort you and your family during this time. 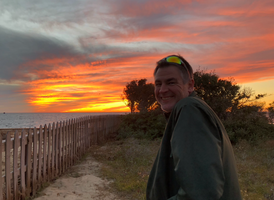 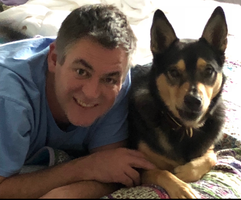 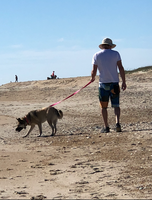