To share your memory on the wall of Arthur Campbell, sign in using one of the following options:

Art was born in Ann Arbor, Michigan, the son of Arthur B. Campbell Jr. and Jean L. Campbell (nee Hind). He graduated from Summit High School (NJ) in 1961, earned a Bachelors of Science in Physics from Union College (NY) in 1965, and went on to complete a PhD in Physics from the University of Delaware in 1971.

In 1966, Art was visiting his alma mater, and was set up on a blind date with a senior at Russell Sage College in Troy, NY – Carole Nowotenski. Shortly after graduation from the University of Delaware, Art and Carole married on September 18, 1971. They moved to England for his postdoc at Salford University, then to St. Catherine’s, Ontario, before settling in Ellicott City, Maryland.

He spent his career as a scientist for the Federal Government – first at the Bureau of Mines, and then at the Naval Research Lab. As a scientist, he specialized in solar radiation and radiation effects, particularly on scientific instruments and electronics bound for space. He retired in 2006, and spent his free time travelling, sailing, reading, and enjoying his grandchildren. He had a wide variety of interests – including model trains, playing classical music on his coronet, researching family history, spending time at his home on Cape Cod.

At a Summit High School “Destination Reunion” on Cape Cod in 2013, he reconnected with an old classmate, Susie Burgdorfer Boehm, and they quickly became companions. Together, they enjoyed travelling across country by train and car, visiting family and friends, national parks, and spending time at her homes in Macatawa, MI, and Callawassie Island, SC.

He was pre-deceased by his wife, Carole, in 2011. He is survived by his significant other, Susie Burgdorfer Boehm; his daughter, Heather H. Campbell; her husband, Robert Stankovic; his greatly adored grandchildren Charlie & Natalie; his brother-in-law and sister, Robert and Alison Shourds; his nephews, Michael (Kathryn) and Robert (Deena) Shourds and their families; as well as a host of extended family and friends.

Friends may call at Slack Funeral Home, P.A., 3871 Old Columbia Pike, Ellicott City, MD 21043 on Friday January 10, 2020 from 10-11 am at which time a funeral will be held. Interment will follow in Crestlawn Memorial Gardens. In lieu of flowers, donations can be made to the American Cancer Fund or the Chesapeake Bay Foundation.
Read Less

To plant a memorial tree in honor of Arthur B Campbell III, please visit our Heartfelt Sympathies Store.

Receive notifications about information and event scheduling for Arthur

We encourage you to share your most beloved memories of Arthur here, so that the family and other loved ones can always see it. You can upload cherished photographs, or share your favorite stories, and can even comment on those shared by others.

Posted Jan 09, 2020 at 10:03pm
I first met Art when he came to work at the Bureau of Mines in 1975. Although I had been there for awhile, it was obvious to me that he knew more than myself about the area in which we were working. We collaborated on several papers that were published. Then he left for the Naval Research Lab around 1979 and I also left the Bureau for NRL in 1982, although we worked in different branches. Art lived in Ellicott City and I lived in Columbia and we would often carpool to the lab, alternating driving. Being the rigorous scientist that he was, he would measure the amount of time it would take us from leaving my house to arriving at NRL's main gate. Once he had enough data points, he calculated the mean, standard deviation, skewness and kurtosis for each of us (you math guys will know what they those terms mean). It made the long drive a lot of fun. My first wife and I would get together socially on occasion with Art and Carole. Then when I was going through a divorce, Art helped me move furniture from my house to an apartment. A few years later in 1995 Art was an usher at my wedding which was also attended by Carole and Heather. Holly and I enjoyed seeing Art and Carole on occasion and after he retired in 2006 I would also occasionally get together with him for lunch to talk about old times and some of the crazy stuff that went on at the Bureau of Mines and NRL. More recently it has been our pleasure to get together with Art and Susie at restaurants and one time to visit Longwood Gardens. Art was truly a great friend and a wonderful, pleasant person to know. We will miss him very much.
Comment Share
Share via:
BS

Posted Jan 08, 2020 at 09:25am
For a dear friend we will miss you. Remembered always from your McMaster days and more.

Posted Jan 08, 2020 at 08:07am
Our heartfelt thoughts and prayers are with Arthur's loved ones. I know his sister, Alison, who always spoke highly of her brother and traveled with him through the years. His tribute shows he must have been an amazing person, God bless him and give him peace.
Comment Share
Share via: 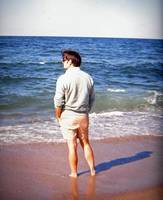 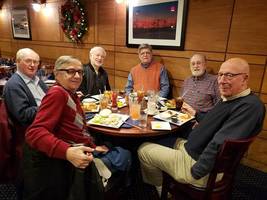 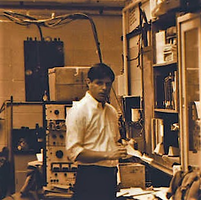