To share your memory on the wall of Albert Genemans, sign in using one of the following options:

Print
Albert was born on October 14, 1932 in Heerlen, NL and passed on March 22, 2019 in Peabody, MA having moved many times in his life. More recently he had been living predominately in Leesburg, VA; Arlington, VA; Dewey Beach, DE; and Columbia, MD. Albe... Read More
Albert was born on October 14, 1932 in Heerlen, NL and passed on March 22, 2019 in Peabody, MA having moved many times in his life. More recently he had been living predominately in Leesburg, VA; Arlington, VA; Dewey Beach, DE; and Columbia, MD. Albert was loved by several and will be dearly missed by his friends and family. He passed peacefully from complications of old age and was with most of his family the day he passed.
Albert is one of three children of Jacoba and Theodorus Genemans of the Netherlands (Nederland). Albert is survived by his beloved wife, Marguerite Henthorn of almost 20 years. Two surviving sons and their spouses, Jan & Brenda of Thurmont, MD; Andreas & Crystal of Baltimore, MD. Three stepsons and their spouses, Rob Henthorn and Roger Bolduc of Chelsea, Ma, Ed Henthorn and Linda of Oakland, MD and Harold Henthorn. One surviving sister in law Eleanor Genemans-Lansell of Parma Heights Ohio and 2 nephews Teddy and wife Kathy, Casey and wife Cheryl, as well as great nephews.
Albert is also survived by his beloved grandchildren Joanna & Daniel along with step grandchild Haley.
He is predeceased by his first wife Gisela Erika Scharf Genemans and two brothers Theo (Teo) Genemans and Kees (Case) Genemans.
As a small child, Albert lived in Sumatra, Indonesia and later in Holland during WWII. His father served in the Dutch Merchant Marines during World War II and was a POW for the latter part of it. Albert lived with his mother in various parts of Holland under German occupation and was eventually liberated by the Americans. Albert is a veteran of the Royal Netherlands Army in which he assisted with the flood of 1953. Shortly afterwards he then immigrated to Canada as a young adult along with brother Kees. He then settled in the DC metro area.
He met his first wife in DC in 1966 and had two children while he was working as a land surveyor throughout most of his career. After his children moved out, his first wife lost her life while riding her bicycle from a careless driver who ran a red light.
While married to his first wife, he had spent most of his career as a land surveyor by profession and retired from WSSC (Washington Suburban Sanitary Commission) in the early 1990’s. Prior to that he moved locations frequently with a construction company that built waste water treatment plants from Pennsylvania to Virginia and worked for a company that put in the elevated sections of I-95 in Baltimore and MLK Blvd. around the sports stadiums that one of his sons commutes over on a regular basis.
After he lost his first wife, he then bought a boat and went to a grieving group, PWP (Parents Without Partners), where he met his second wife, Marguerite at a yacht club. A few years later, in 1999 they got married.
He and his wife Marguerite lived for years in Arlington Virginia as well as part time in Dewey Beach, Delaware and in Leesburg, VA too. He was very fond of fine arts such as classical music, watercolor painting, and photography. He enjoyed boating and sailing. He and his wife Marguerite loved to travel, including Windjammer cruises, bus trips, family cruises, and his favorite destination was Bermuda.
Albert was a very active volunteer at the library and as a council member at Dewey Beach. He loved writing articles for the Cape Gazette. He very much enjoyed his time at Dewey Beach including swimming in ocean, bicycling, walking on boardwalk, and even the lazy river at Jungle Jim's water park. He was also actively involved with the town’s politics. He helped organize and did a survey for a small park at the end of the street where children and dogs swim in the bay.
He loved spending time with the grandchildren and watching them grow up. In his later years he was very devoted to assisting with his wife Marguerite. He was very appreciative of the time effort and care given by his stepson Rob and his partner Roger once they moved to the Boston area. He loved his family very much and enjoyed all the time that he spent with them.
Albert will be laid to rest Saturday May 18, 2019 at Columbia Memorial Park, along-side his first wife, Gisela E. Scharf Genemans, who passed away in September 1994.
Until his comparatively recent health issues came along, he enjoyed his time with Marguerite and Family. As recently as the New Year of 2019 rang in, he was still going to Museums, Ballets and Musicals with his children and enjoyed the company of his grandchildren whom he was fond of even though his health had been deteriorating for some time.
In lieu of flowers, memorial contributions in Mr. Genemans' name may be directed to Care Dimensions, 75 Sylvan Street, Ste. B-102, Danvers, MA 01923.
Read Less

To plant a memorial tree in honor of Albert Genemans, please visit our Heartfelt Sympathies Store.

Receive notifications about information and event scheduling for Albert

We encourage you to share your most beloved memories of Albert here, so that the family and other loved ones can always see it. You can upload cherished photographs, or share your favorite stories, and can even comment on those shared by others. 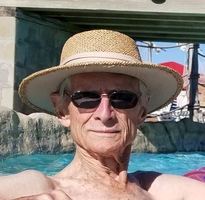 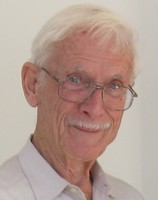